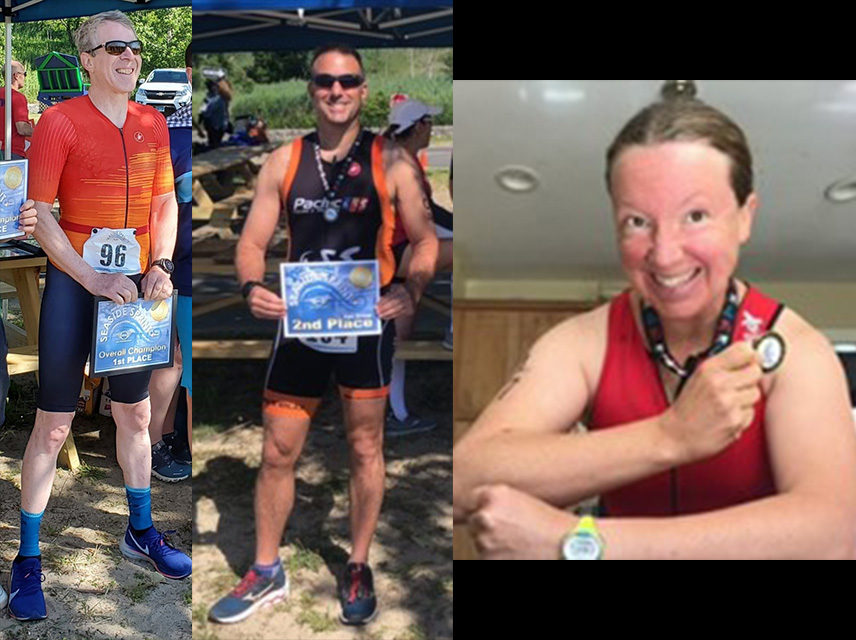 And What a Season It Has Been!

The season started off with a bang with the return to racing, and CZC Athletes have been out there crushing it! While we were all a little uncertain about what the return would look like, we’ve seen all sorts of iterations, and great achievements.  And we want to shout out to some seriously awesome athletes!!

Let’s start of with Paul’s 1st in Age Standard Duathlon and Grand Master Champion WIN at USAT Duathlon Nationals in Tuscaloosa!  With a blistering bike in hot, humid conditions, Paul raced his plan and absolutely ripped the legs off the course.  Well done Paul!

Owen achieved his goal of riding the entirety of Haleakala!  This 36 mile climb from sea level to over 10,000 feet is brutal, but Owen nailed it riding to plan!  #BearMountainRepeats paid off!

Doug meanwhile was returning to the 70.3 distance at the famed Honu 70.3  It was hot, humid, and windy as usual, and his smart racing allowed to “go fishing” on the run and reel in tons of competitors.  Way to race smart Doug!

Both Tom and Marietta faced Des Moines 70.3 in June and surprise, it was hot and humid and thunderstorms delayed the start by hours!  The race ended up cutting the bike in half to 28 miles, and athletes cooked on the pavement during the run in the afternoon.  Not a nice race day, but both Tom and Marietta raced to plan.

Paul had a 3Peat Overall Win at the Seaside Sprint while Peter made 2nd place in age and Quentin raced solid too!

David faced temps in the 100s with humidity to match in Sonoran, Mexico at his first Olympic of the season!

Virginia and Quentin raced the modified NYC Triathlon.  Not only was there a new bike course, but the swim got canceled!  A one mile run took its place, followed by a 40K bike and 10K run.  Great performance ladies.

This Weekend is Ironman Lake Placid!  And Ohio 70.3 (Marietta!)

George, Julie & Billie are taking on Ironman Lake Placid this weekend!!!  They’ve all been training hard for a very, very long time, and finally they get their day in Lake Placid – Go Get’Em Guys!!

There were lots of tune up races and more than to mention here, and we are so proud of our athlete’s resilience and drive!  You guys are making it look easy! Keep up the great work!