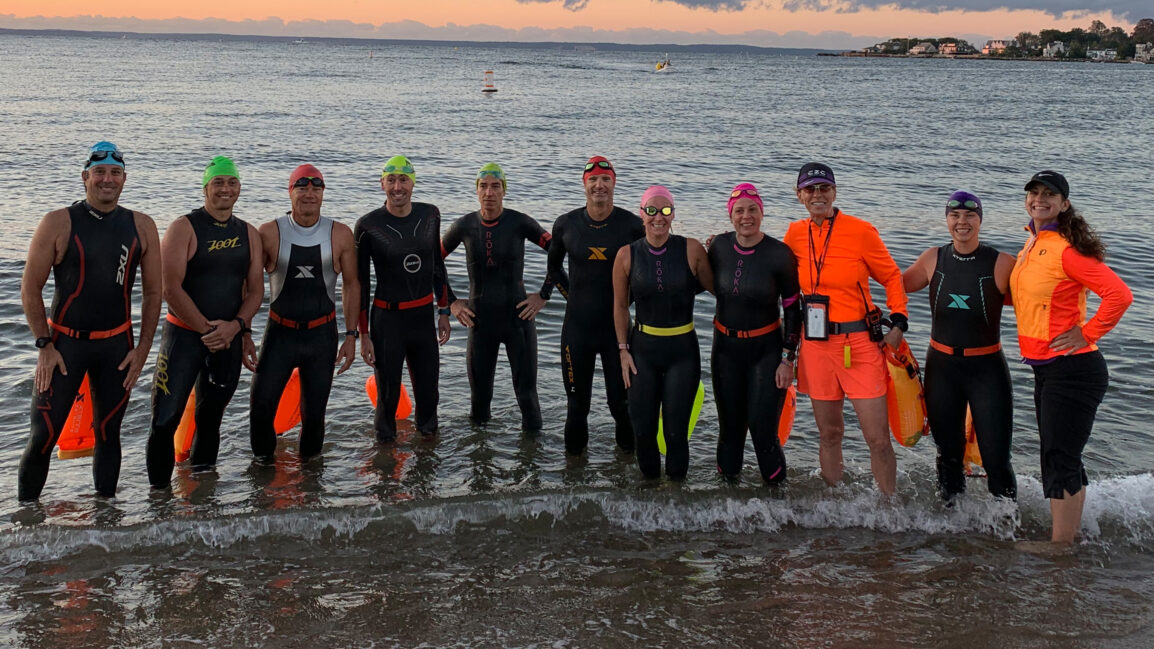 On September 12th, 19 athletes finally had the chance to race.  With six months of lockdown and social distancing, races canceled and hopes dashed, CZC athletes were able to join in community to do what they do best.  To test themselves against the elements, their perceived limitations and themselves.  They came out victorious!

Most of the triathletes opted for the ½ iron distance swim out into the Long Island sound in 4 foot waves and 9 mph winds.  Two chose the sprint distance.  With a solid SUP and dinghy support crew on the water, all achieved their goals in the water and made it back to shore safely.  Four athletes road the Olympic course, with another 14 choosing the half iron distance bike, and three of them had their fastest 90K PR to date!  And that’s with an open course and stopping for intersections. Impressive results and strong nutrition on this ride this day!  The run and party followed with athletes running from 5K to 18 miles before celebrating with a feast made for royalty.

Families and friends came to cheer on their athletes and to celebrate afterwards in socially distanced seating areas, with a collegial community atmosphere.  I am so thankful to my athletes for allowing me the honor of coaching them, for the many athletes and volunteers that stepped forward to help make this day happen, and for all involved for their enormous contributions to a most memorable and joyous day during a time of uncertainty.