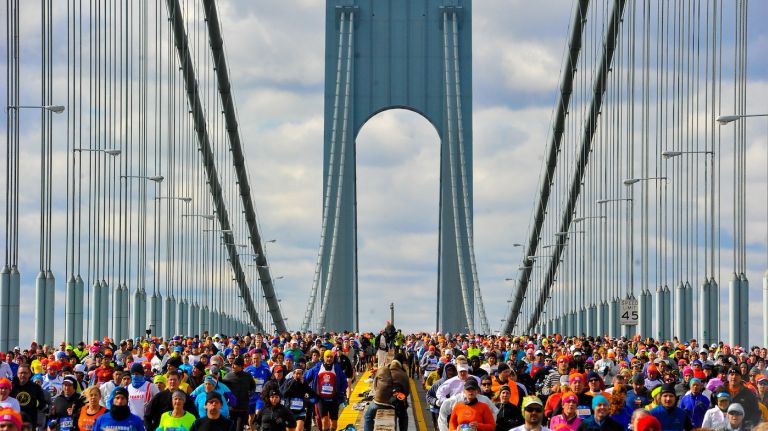 The New York City marathon is less than three weeks away. By now, runners have put in some solid months of training. Some of them are winging it and just adding long runs to their usual running fun. Others have followed detailed programs designed for them, or that they found on the internet or through a book, and they’ve diligently done every single run. For a few runners, their hopes of getting to the New York City marathon starting line have been dashed due to injury. Others are sick or have missed runs and are might be undertrained.

Many runners are feeling amazing as we enter the final three weeks into the New York City marathon. Most runners this past weekend completed their longest run. For some that was 16 or 18 miles, while others ran up to 22 miles, and it might even be their third long run. The amount of mileage for your long run is really specific to you as a runner. One thing that’s important to note is that after your long run in the final three weeks, as you begin your taper, you will not become stronger or faster by training more. That’s not what the taper is about.

The taper is designed to allow all of the training that you’ve done for the past few months to sink into your body and into your legs, allowing you to recover and adapt, so that on race day you’ll be able to race your race plan. If you were to go and do speed work or hard intervals in the final few weeks into the race, your body won’t have the chance to let those muscle adaptations occur. Instead, you’re going to cause further breakdown, so it doesn’t mean that you can’t put in 15″ and 30″ accelerations or be doing race, pace, tempo work for specific intervals. But if you’re on the track running hard 800 repeats or all out sprints, chances are you’re going to be doing more harm than good.

In the final seven to ten days going into the race, many athletes feel antsy. There’s two reasons for that. One, they’re nervous, and we know psychologically, nervousness and excitement to the brain at the same thing. Just start telling yourself you’re excited. The other thing is all those adaptations set in and you’re getting more sleep and more recovery. Suddenly you have more energy. It’s great as those adaptation keep sinking in you feel better, you feel stronger, you want to run. You just want to take off the reins and go for it. Save that for race day. We see this very commonly with marathoners as well as athletes that are doing, let’s say, a half ironman or Ironman triathlon. They feel so good that all of a sudden they go out and do a couple of hard long workouts because they feel so amazing, and then what happens? They’re a flat tire on race day. Save your legs, save your energy, and go crush the New York City Marathon!