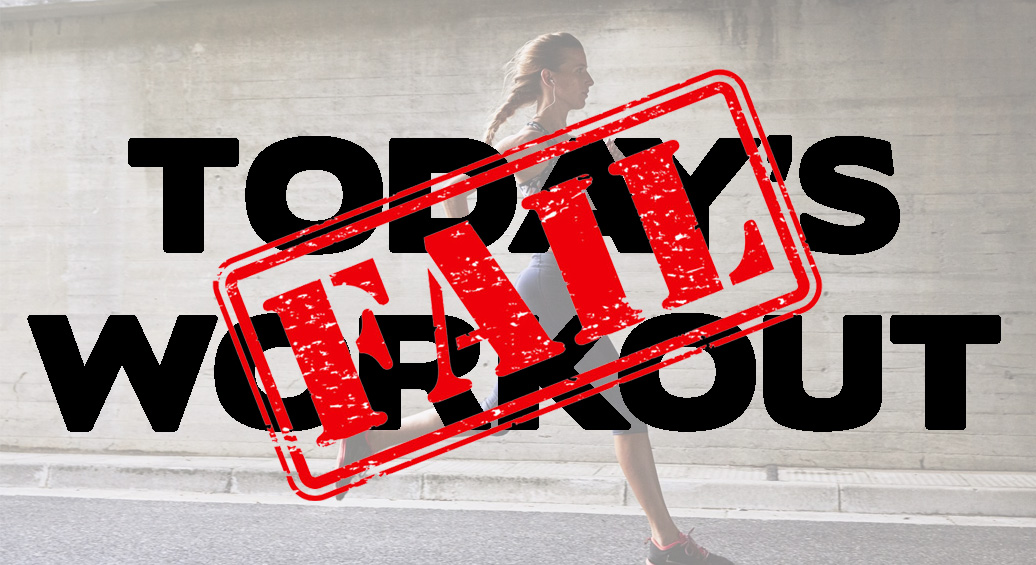 “Far better is it to dare mighty things, to win glorious triumphs, even though checkered by failure… than to rank with those poor spirits who neither enjoy nor suffer much, because they live in a gray twilight that knows not victory nor defeat.” – Theodore Roosevelt

Whether it’s your fault (you attacked the bike and blew up on the run in your brick), the universe’s fault (5 flat tires from riding over broken glass ending your 60 mile ride at mile 30), or just a limitation (not enough tempo training and you can’t hold pace/effort), failing in a workout lets you know where you need to put your training effort.

Back in 2011, a former D1 hockey player and Cat 1 cyclist told me, “You have to blow up in training to know how hard you can go in the race.” He went on to explain that he needed to know as an athlete how hard he could push, what limits did he physically and mentally have? He sought to breakthrough those in training, or fail after going “all in”.  There is no middle ground. Granted it wasn’t every day, but as part of his program he tested his limits every 2-4 weeks for improvement.

Failure is useless, unless you can learn from it. If your goal is a 10K PR of 55’, and you go out and run your test route in 60’, then you need to understand what is standing between you and that PR.  Obviously, we can see 5 minutes, but how do you attack those 5’ and train to reduce them? Your workout history will tell you a lot about who you are as a person and as an athlete.  What is your motivation? What are your limiters? Chip away at that 5’ in training through specific workouts designed for your limiters. Then re-test to check your progress. If you’re at 56’, then examine how you tested and go through the details to see what kept you from hitting 55’. Was it a failure? Did you go out to hard in the first mile and blow up? Or did you eat bad chicken the night before and that caused your heart rate to be 10 bpm higher than normal?  Or, do you simply need additional training to cleave out that last 1’?

As a coach, sometimes I will design a workout that’s out of reach for an athlete to see how they’ll respond.  Many studies have been performed on runners where coaches provided athletes with their 400m lap time, in a 1 mile or 5K PR attempt, that was actually 1-5” slower than what they were actually running.  This caused the runner’s RPE (rate of perceived exertion) to drop because they “knew” they could run faster based on previous performance and they pushed harder.  The same thing has been done in blind 10K cycling studies on trainers where the trainers were manipulated to show 10 watts less than reality.  The cyclists hit the numbers they “knew” they could hit.  Their minds were holding them back, and that’s why sometimes as coaches we give breakthrough workouts that simply crush an athlete, and then when they succeed, their confidence grows enormously, and then we can train at the next level.

There is real failure, when you give it your all and fall short.  Then there is the universe. When the universe messes with you in one of your workouts, do your best to just ignore it and say, yeah well, I can come back to fight another day. Just give it the proverbial finger, and let it go. Recently, this exact thing happened with two newer athletes that had planned on a long bike ride.  They were not able to change their flat tires and finish the ride. To an Ironman, missing a long ride can be crushing, and the same can be said for a marathoner missing a long run. While their circumstances were different, in the end, whether their fault or the universe’s fault, they had to call someone to pick them up. They have since both learned from failure to be self-sufficient.

In racing, there’s a saying, “You’re either winning, or you’re learning.” Be wise in your workouts, work “breakthrough” sessions, and periodically “test” your abilities, that way you’ll do more winning than learning at your next race.

I’d love to enable you to breakthrough to the next level!